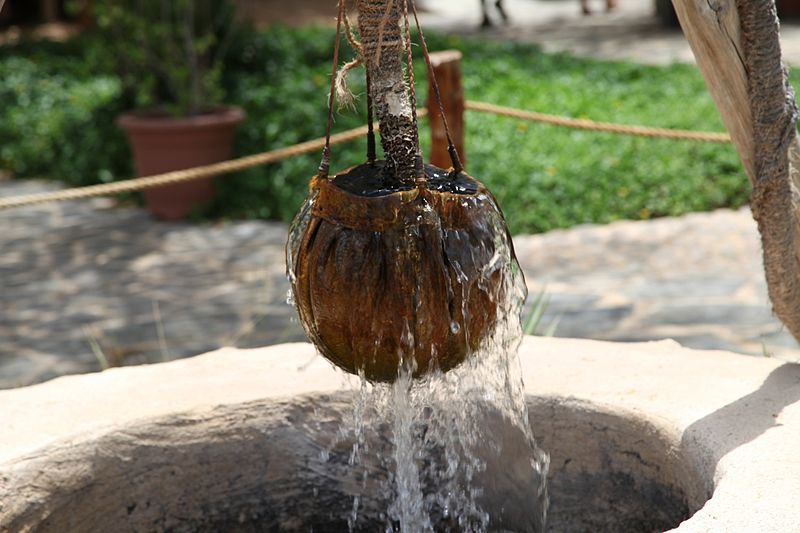 Well-founded recursion generalises both strong induction and recursion. In this post we’ll:

In subsequent posts, I plan to (1) use well-founded recursion to show that the quicksort algorithm sorts a list and (2) discuss the formal definition of well_founded.

The idea of well-founded recursion

Not all functions are most naturally defined this way. Consider a log-like function function \(\mathrm{lg} : \mathbb N \to \mathbb N\) defined so that

Not all relations are well founded. In particular, the \(<\) relation on \(\mathbb Z\) is not well founded: you can easily find an infinitely long decreasing sequence of integers.

Lean has user-friendly mechanisms for:

As we explore these, make sure you have import tactic data.nat.parity tactic.induction at the top of your Lean file.

The equation compiler I

If you remove the have line, Lean complains, ‘failed to prove recursive application is decreasing’. At the bottom of the error message, there’s some useful information:

The last line shows what’s needed to prove prove that the recursive application is decreasing.

Now we can use the virtual machine to compute values of lg. For instance, #eval lg 32 gives 6 and #eval lg 270 gives 9. It looks like lg is related to the base-2 logarithm function. We’ll make this precise and prove part of the assertion later.

This was a simple example, but in other situations, we may need to give the equation compiler more information. For one thing, we may want to define a function on a type other than ℕ. In that case < (more precisely, nat.lt) will not be the correct relation. We’ll see later how to provide this information.

For now, let’s prove simple statements regarding lg. Our first goal is to prove lg 0 = 0. Were lg defined by structural recursion, this result could easily be proved by rfl, as in the example below:

But, for reasons that will be made clear in the next section, rfl doesn’t give a proof that lg 0 = 0. However, a rw will work.

The equation compiler does a marvellous job of hiding the details of the construction. In this section, we’ll uncover some of these details. Feel free to skip to the next section if this is not of interest to you.

The function lg_by_hand is extensionally equal to lg.

There are two parts to this definition. The actual computation is specified in myF. Before we go into the theory, compare this definition with that of lg above. The term h ((x + 1) / 2) (nat.div_lt_self' x 0) combines both the expression lg ((x + 1) / 2) and the inequality proved in the have line of lg.

The Lean function well_founded.fix takes 1) a proof hwf that a relation r is well founded (in this case, the theorem nat.lt_wf shows that < is well founded) and 2) a function F : Π x, (Π y, r y x → C y) → C x, where the motive C defines the type of the function being defined. It returns a function that takes each x to a term of type C x. In our case, myF takes the place of F. The motive is λ (a : ℕ), ℕ.

The theorem well_founded.fix_eq proves this assertion. In our case, we have:

This makes clear the sense in which myF x _ encodes the value of lg_by_hand x. We can use this theorem to compute lg_by_hand x for particular x.

Repeat the exercises concerning ex1 from the previous section, but using well_founded.fix to define your function. Take care not to re-use ex1 in your definitions!

Our aim in writing lg and is to give a function that behaves like the base-2 logarithm. But it’s out by 1. A better definition would be:

In the definition of lg, the argument split nicely into two cases: it’s either 0 or n+1, for some natural number n. This matches the inductive definition of ℕ.

How do we use the equation compiler to give a definition of lg2? One option is to use three patterns:

Our first underhanded trick (not a technical term) is to use one pattern! Below, we use the pattern n to match any input.

Everything we’ve done so far has been in term mode. Nothing in tactic mode. However, it’s fine to use tactic mode as long as the desired inequality is proved in term mode.

Fortunately, Lean permits (nested) switching between modes. The following examples illustrate the principle, though there is little to be gained by mode-switching in these simple cases.

In lg2'', we prove the inequality in term mode then switch to tactic mode. The exact tactic returns us to term mode. We provide the same term as before.

By contrast, lg2''' starts (after an initial pattern match and if statement) in tactic mode. We immediately switch back to term mode via exact.

In fact, we can separate out the proof of the using_well_founded command and the dec_tac field.

dec_tac is a field of the structure well_founded_tactics. It should be a tactic—more precisely, a term of type tactic.unit. The odd-looking backtick-bracket notation creates such a term from an ordinary ‘interactive mode’ tactic.

Via this construction, we can (if desired) push almost an entire proof or definition into tactic mode.

As you may have guessed by playing with lg, we expect:

for every natural number \(n\). In this section, we’ll prove the first of these inequalities. To start with, we’ll write the inequality as a predicate.

Next we’ll give four proofs (!) of the desired result: one by hand and three using the equation compiler.

It transpires that we’ll need a couple of preliminary results:

The ‘by hand’ proof uses well_founded.fix. The result and its proof is

To prove this result, we can case split on x (considering whether we have a term of shape 0 or x + 1) and then decompose the second case to whether x is odd or even. Recall that h ‘carries’ with it proofs of the result for all y < x.

Note the have h₄ terms (in green) above that are needed to justify that the recursive application is decreasing.

Alternatively , we can use the equation compiler. Our first approach uses tactics nested inside with the decreasing proof outside.

If you aren’t fond of term mode, this proof may seem the most awkward as it uses or.elim and pattern-matching lambda abstraction.

The next proof is a bit nicer. We put everything into tactic mode, pushout out to term mode only for the decreasing proof and the actual application of recursion.

Note the weird construction on the penultimate line. We’re in term-mode here but push back into tactic mode using by.

My favourite proof has (almost) everything in tactic mode. The decreasing proof is postponed to the final line via using_well_founded and dec_tac.

It’s worth observing that, in this case, the tactic provided to dec_tac supplants both decreasing proofs in each of the previous results.

Using other relations with rel_tac

The < relation on ℕ isn’t always the correct well-founded relation for a given application. Indeed, we may not be defining a function on ℕ!

A nice example is given in mathlib. For natural numbers n and k, min_fac_aux n k is an auxiliary function used in the definition of the minimal prime factor of n. It is a verified trial-division algorithm.

In this example, the ‘\(k\) value’ increased by 2 per step and the calculation terminated when we reached a value \(k\) for which $k \mid 77$. However, we cannot guarantee that such a \(k\) will be reached.
Here’s another example:

The termination of the calculation above arises when we reach \(k\) such that \(n < k^2\).

This intuition is shored up by a theorem. Let f : α → ℕ be a function on α (called a measure in the context of well-founded relations). This function induces a relation ≺ on α defined so that a ≺ b means f a ≺ f b. It’s a theorem (called measure_wf in Lean) that any such relation will be well founded.

Putting this together, we have the following definition. Note the use of the ‘single pattern’ trick. We match every input argument with the single pattern k.

A new character, rel_tac, enters the stage. Here, as in most situations, we let Lean fill in the first two arguments by type inference. The last argument is a tactic whose purpose is to synthesize an instance of has_well_founded α. That is, it must (1) provide a relation r and (2) prove that r is well founded. As with dec_tac, we use the backtick-square bracket notation to produce a term of type tactic.unit.

In the example above, the tactic is:

We use a wildcard _ to let Lean fill in the relation. As intimated earlier,

is a proof that the relation induced by the function λ k, sqrt n + 2 - k is well founded.

It’s worth noting that using_well_founded is always at work in the background. If the user doesn’t supply a dec_tac or rel_tac field, the command falls back on default tactics.

Note also that we can supply both dec_tac and rel_tac fields.

Finally, here is how mathlib defines the min_fac function using the auxiliary function above.

Proofs with a custom relation

So we have a min_fac_aux function. Great. But how do we know it does anything useful? We should prove, at the very least, that min_fac_aux n k is a factor of n.

As you might expect by now, a proof using this custom relation is not so different in structure from the construction of the function itself. We’ll extract the proof that the recursion is decreasing from our above definition and note it as a separate lemma.

Using this result, we complete our proof.